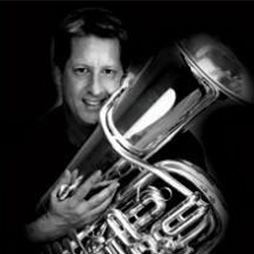 The American Steve Rossé began his orchestral career in the summer of 1987 with the San Diego Symphony, followed by full-time appointments with the RAI Tornio Radio Symphony in Italy and the New Mexico Symphony in the USA. Steve was appointed Principal Tuba with the Sydney Symphony Orchestra by international audition at the age of 23. Since moving to Australia, Rossé has performed and toured with some of the leading orchestras of the world, including the symphony orchestras of Boston, Philadelphia, San Francisco, and will soon serve a six month contract with the Royal Concertgebouw Orchestra of Amsterdam. Steve is a passionate educator on a global scale, as evident of the many educational brass related festivals he has presented, including his ongoing TubaMania International Festivals which take place annually in both Thailand and Hong Kong. Aside from his duties at ANAM, Rossé is Assistant Professor at the Zurich ZHdK University of the Arts in Switzerland, and Lecturer at the Sydney Conservatorium of Music. Several of Steve's former students now occupy major symphony orchestra positions throughout Australia, Asia, and Europe. As a soloist, he has commissioned many new works for tuba and brass, mostly now published by Australian and European publishers. His solo recital touring takes him annually to Japan, Europe, and SouthEast Asia. Steve is an active session musician for movie soundtracks and can be heard in several motion pictures such as The Gods of Egypt, The Water Diviner, The Lego Movie, Australia and more.